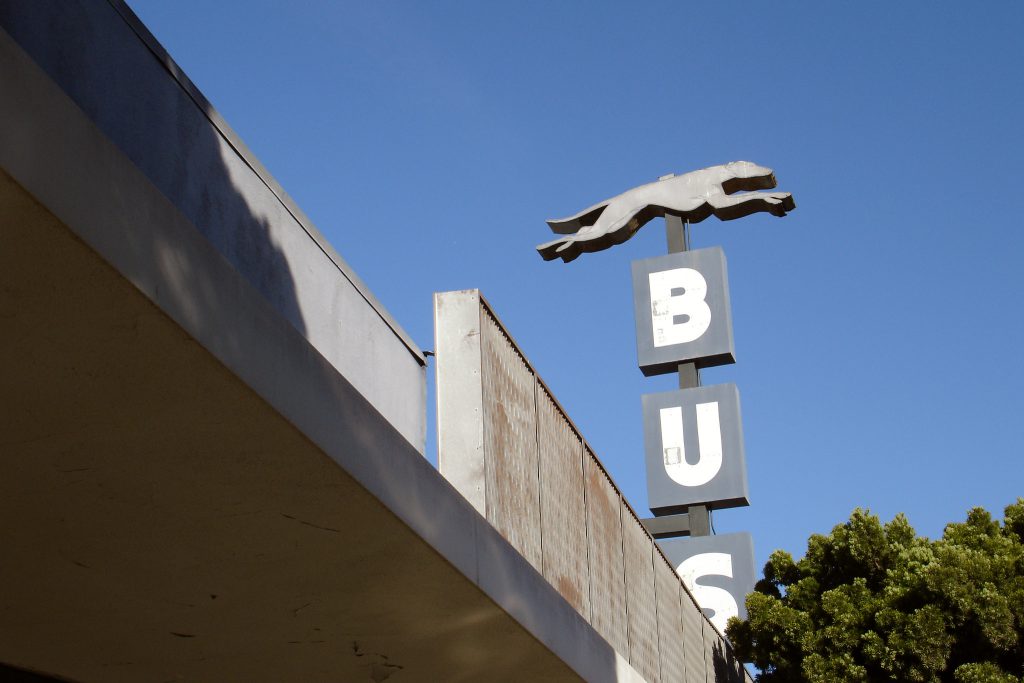 At the beginning of October, Greyhound Canada announced that they would no longer operate out of Ottawa’s downtown Catherine Street bus terminal. While Ottawa will continue to be a “vital part” of their network, a new stop location has not yet been announced. In the short term, it doesn’t matter – like most sectors, mass transport has had a rough year. People are travelling less, and fewer people want to be in an enclosed space with strangers right now. Thanks to COVID-19, Greyhound’s service has been suspended since May. Over the long term, however, the fate of inter-city bus services in Canada matters quite a bit.

Greyhound’s pandemic closure is just the latest setback in an era of shrinking inter-city transit options. In 2017, the Saskatchewan Transportation Company shut down after 71 years of service. A year later Greyhound followed suit, cancelling all of their bus service in Western Canada. Greyhound blamed rising costs and declining ridership. The move left hundreds of stops without any other intercity bus service. While several private and public options have started to fill the gaps, there is no longer a comprehensive, cross-country bus option in Canada.

Inter-city bus travel is important for several reasons. It serves the small towns and rural areas that trains and airplanes don’t, and even if other options are available, their prices are often much cheaper. Because of this, inter-city bus service is a matter of equity – students and people with low incomes need to access employment or friends and families in other cities, seniors who can no longer drive need to travel to large cities for medical appointments, and people with disabilities that prevent them from driving need to get around just like the rest of us.

Inter-city bus travel is also a matter of safety. When people don’t have access to transportation options, they sometimes have no alternative but to hitchhike. We have seen the dangers of this on British Columbia’s Highway 16, also known as the Highway of Tears. Between 1970 and 2006, 50 women and girls went missing or were found murdered along Highway 16 and in the surrounding area. The majority of the victims were Indigenous people. The National Inquiry into Missing and Murdered Indigenous Women and Girls’ final report calls upon governments to ensure that safe and affordable transportation services are available to people living in remote and rural communities. Lack of these services puts lives at risk.

If Greyhound is going to continue serving Ottawa, they will need a new stop location (or locations). This is an important consideration because the location of stops will determine how useful the bus service really is. The stops need to be easily accessible to people who use the service.

The Catherine Street bus terminal was a good location. According to Greyhound’s own website, their most common travellers are students, young professionals, and seniors.  The bus terminal is roughly equidistant from Ottawa’s two largest post-secondary institutions, Carleton University and the University of Ottawa. The bus terminal is less accessible for seniors – most areas with a high density of seniors are slightly farther from the downtown core; however given that these areas surround the downtown core, the bus station was still a reasonable location in that it was centrally located in relation to most of the areas with a high percentage of seniors.

While being close to customers is ideal, it is impossible to be close to everyone. This makes connectivity incredibly important. Transit of any sort is only useful if it makes connections easy. When you get off the bus in another city, will you be able to get on local transit? Can you walk to where you’re going? How easy is it to access a rental car?

This metric also shows that the Catherine Street bus terminal was a good location. It is within a five minute walk of four frequent-service bus routes, all of which connect to Ottawa’s light rail network. Nearby cycling infrastructure connects to two of Ottawa’s waterside multi-use paths. The station’s adjacency to the highway is convenient for anyone getting picked up by car. The Catherine Street terminal is well-connected.

If Greyhound plans to replace the Catherine Street bus terminal with another single stop, that location will be hard to beat. One logical option would be to find another location in Centretown for all the reasons listed above – central location, easy access for students, and good transit, walking, and cycling connections.

It might be a better idea to go a bit farther afield. With a stop already in place at Kanata Centrum Shopping Centre on the west side of town, Greyhound can afford to go east when replacing the Catherine Street bus terminal. For the sake of connections, stopping at or near a major transit station makes sense. St. Laurent station is located in an area with both a large number of seniors and a high prevalence of low-income households. The station is served by the LRT network, frequent-service bus routes, and a number of local and limited-service routes. The Ottawa Neighbourhood Study scores the area poorly for walkability but high for bikeability, with a bike lane on the main road passing the station. Like the Catherine Street terminal, St. Laurent station is right next to the highway, making for easy pick ups and drop offs. St. Laurent station is also adjacent to the St. Laurent Shopping Centre, meaning that for most of the day people waiting for the bus would have easy access to a full food court and washrooms.

St. Laurent station is just one option, but it’s a good example of the type of location that makes a good inter-city transit stop. Good connections are key. Hopefully when the buses start running again, Ottawans will be able to get on the Greyhound at a stop that makes sense.