E-Scooters are on the Rise: Are We Ready? 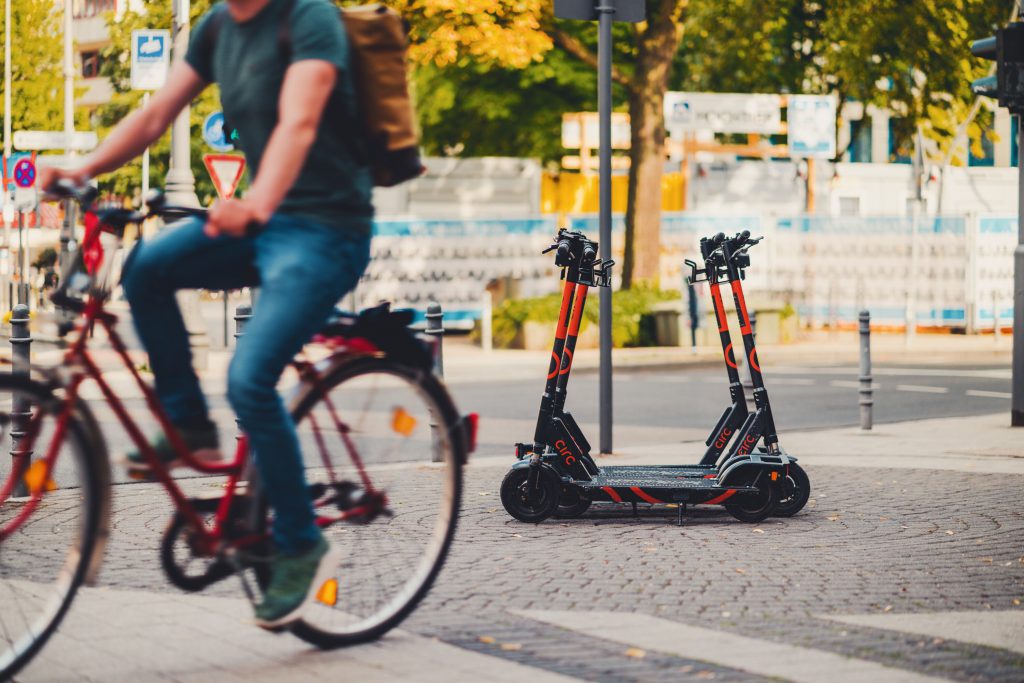 By Dorinda So, executive director of pointA

The beginning of a new decade accompanied the introduction of the Ontario government’s five-year, electric kick style scooter pilot. Of the available sustainable transportation options, e-scooters have one of the lowest barriers to entry: they are relatively inexpensive, highly portable, and do not have a steep learning curve.

We at pointA are always excited about greater access to more forms of sustainable transportation because they provide more opportunities to choose something other than driving alone, which reduces the environmental, physical and mental health impacts of single occupancy vehicles.

However, like other forms of transportation, e-scooters should be used under the right circumstances and with the correct information and education so that users can avoid some of the major issues facing e-scooters: fatalities and accidents (see reports by the CDC/Austin Public Health injury report and City of Calgary) and the abandonment of scooters on private property or in places that could endanger the safety of others.

E-scooters should be used for trips 20 minutes or shorter

In the transportation world, e-scooters are considered a first or last mile solution, helping users travel to and from transit stops or active transportation hubs. In large regions such as Toronto, a “mile” might in fact be 5 km, which would take about 20 minutes by e-scooter or around the same time running.

Travelling a longer distance might be better suited using other forms of transportation because aside from walking, e-scooters are purposely designed to be the slowest of all forms of sustainable transportation to address the safety concerns of vehicles traveling at faster speeds. Many companies, including local Toronto startup Roll Technologies Inc., caps speeds for new users to 15km/hour.

Given the first/last mile design of the e-scooter trips, there are only certain places where e-scooters, particularly those that can be rented, make sense. Densely populated downtown cores are natural locations.

But campuses of any kind, from post-secondary schools to business parks, might also be great places to offer e-scooters. The City of Calgary’s 2019 e-scooter pilot showed that 50% of e-scooter trips ended in a Business Improvement Area (BIA) or Business Revitalization Zones. Since Toronto’s 83 BIAs are located across the city, not just in the downtown core, scooters in BIAs might give the added benefit of increased foot traffic to local businesses. In suburban communities, e-scooters could operate within certain geographical boundaries to encourage more active forms of transportation while running errands or getting to school.

The common link between these locations is infrastructure. The City of Calgary’s pilot demonstrated that 60% of all trips (both e-scooter and e-bikes) utilized existing pathway networks and cycling infrastructure. While local governments are moving towards the implementation of variations of complete streets that would offer multiple active transportation lanes to accommodate varying speeds between e-scooters and bicycles, infrastructure is still not adequate ubiquitously throughout the Toronto Region to allow for e-scooters to be used everywhere, even for short trips.

Safety is a shared responsibility, with government leading the way

All of this leads to the main question of safety. Who is responsible for the safety of e-scooters? For cars, the responsibility appears to be shared between the manufacturer, driver, and government, with education, age, and licensing requirements.

Even though most e-scooter companies offer helmets for free or reward those who use helmets and encourage safe use by adults only, the ultimate responsibility of safety appears to lie with the user. This, of course, can lead to victim blaming when accidents happen, and thus incite fear of using e-scooters especially in the absence of education and support.

The number of e-scooter accidents and fatalities still represent a very small fraction of overall accidents. According to Transport Canada’s National Collision Database, light-duty or passenger vehicles still make up 61.5% of all fatalities (2017 data).

Regardless, in any well-functioning city, the onus for safety must begin with government. After all, government regulations and policies define safety. Governments mandate manufacturers to produce vehicles that meet their health and safety requirements, outline what and how education should be received in order to properly operate vehicles, offer standardized testing and licences, and then regulate behaviour.

Governments are also responsible for the design and implementation of proper infrastructure to promote health and safety. In the case of e-scooters, like bicycles and cars, they are considered under the Ontario Highway Traffic Act (1990) to be vehicles and hence must abide by the rules of the road and not be operated on sidewalks.

While the Ontario government’s e-scooter pilot is a step in the right direction, the introduction and implementation of the Highway Traffic Act as it applies to e-scooters will take time because they require all three levels of government to work together (e.g., parking regulations are under the jurisdiction of municipal governments).

In addition to leadership on health and safety issues, governments must also consider how best to educate other vehicle users on how to share the road. Anyone operating a vehicle must abide by the Highway Traffic Act but also the “new” rules on the road, such as how to turn right when there are bike lanes. With no mandatory requirements for updated driver education and more emerging vehicles expected to come onto the roads in the next few years, there will continue to be questions around the health and safety of users until this education gap is closed.

We at pointA are excited about the potential of e-scooters to allow more people to leave their cars at home so that we can share the road to arrive to our destinations on time and accident-free. We look forward to working with government, businesses, and manufacturers to educate users on how best to travel sustainably.