How Bike Month Got Me Back On My Bike 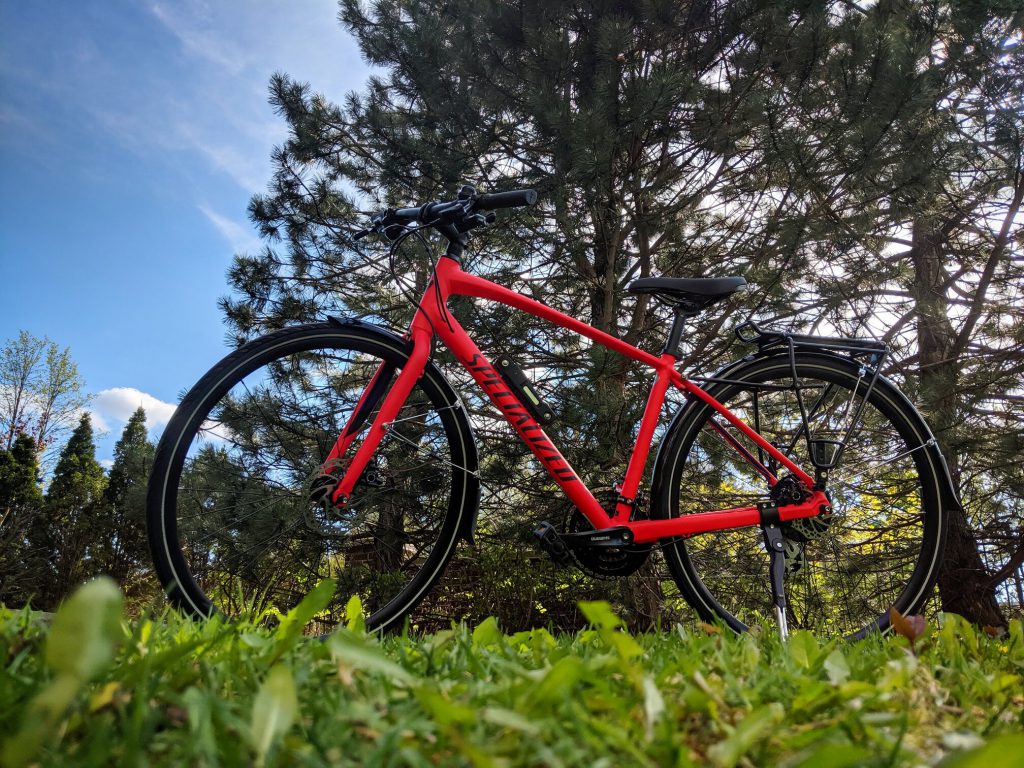 Rema Tavares, a social media specialist at Seneca College, shared with us how Bike Month helped her gain confidence to bike more often.

It all started with Bike Month 2018. I used to commute by bike to a previous place of employment, however after my son was born, I was nervous about returning to cycling. I wanted to start cycling to work, but I needed a bit of an incentive, and Bike Month was the perfect challenge. As the social media specialist at Seneca College, I was uniquely positioned to broadcast my experience and encourage others to join me.

That month, I rode once per week to our Newnham Campus, along with a group of four other employees and students. I filmed our weekly commute on a GoPro and posted the videos to social media, with the hope of assuaging my peers’ fears.

This year, we have expanded Bike Month to nine riders and two campuses, Newnham and Markham. In addition, we’ve continued our weekly rides beyond Bike Month and plan to cycle weekly until the end of Smart Commute Month, as well as incorporating the remaining two campuses, Seneca@York and King.

In 2020, Seneca’s Markham Campus employees will be relocated to Newnham Campus, and I plan on making cycling my primary mode of transportation after the move, supplemented by the TTC and Enterprise Car Share. If it weren’t for Bike Month, none of this would have happened.

How is this new commute better for you?

Even though I have a relatively short commute by car, I was finding it challenging to squeeze in workouts as a mom with a full-time job. Fortunately for me, cycling to work takes almost the exact same amount of time as taking the TTC, with the added benefit of getting some exercise, without taking away time from my family and job. Cycling also has improved my mental health, as the demands of raising a family and working can be overwhelming at times.

What is your favourite part of your commute?

My favourite part of my commute is the Finch Hydro Corridor! Not only is it scenic, but more importantly, it is safe. I don’t have to worry about vehicles while I’m traveling along the paths to both Newnham and Markham campuses, and the greenery and streams remind me of my childhood rides in rural Ontario. I also love the camaraderie of riding with colleagues and students.

What advice would you give to others looking to do the same?

There is a good chance you don’t need to take major roads on your bike commute. Use Google Maps’ bike option to find all sorts of hidden trails and side roads to make your ride safer and more picturesque. It also will let you know how hilly or flat the route will be, so you can plan accordingly. All you really need is a bike, helmet, water bottle and backpack and you’re set. Happy cycling!